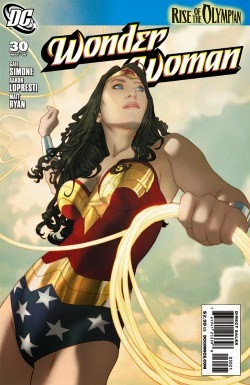 I noticed a curious thing about some of the science fiction romances I've been reading in the past year or so. Admittedly, the pattern I noticed is general in nature and based on a small number of self-selected books.

But it really jumped out at me, so I decided to bring up the topic for discussion. Here's what I noticed:

Many of the stories with white heroines feature a prominent rescue and/or capture fantasy narrative. Regardless of how physically strong or intelligent the heroine, the hero captures and/or rescues her at some point in the story (sometimes more than once). The heroine occasionally contributes to the mission (many of the books in question have an external plot), but the role of savior is consistently assigned to the hero.

Based on the same sample, books with a PoC heroine feature a different type of fantasy narrative. It involves the heroines either doing the rescuing/protecting, or playing an equal role with the hero in saving the day/defeating the villain. And the capture fantasy is noticeably absent.

The sample of books I've read could be an anomaly, but on the other hand, the pattern emerged at a time when more SFRs with PoC heroines have become available/visible to me.

The sample is small and completely unscientific (and therefore your reading sample may yield different results), but felt significant enough that I wanted to analyze the pattern. Why did part of the core fantasy strike me as markedly different, and why did it seem split along racial lines?

By chivalric code, I mean this:

During the 20th century, the chivalrous ideal of protecting women came to be seen as a trope of melodrama ("damsel in distress"). The term chivalry retains a certain currency in sociology, in reference to the general tendency of men, and of society in general, to lend more attention offering protection from harm to women than to men…

Why didn't I encounter the rescue/capture fantasy more often with PoC heroines in that sample of books? Do authors of PoC heroines (particularly if they're PoC themselves) gravitate toward alternate types of fantasies in part because such characters have typically (to my knowledge) not been represented in chivalry-themed stories? If that's the case, does the chivalric code exert less of an influence (conscious or unconscious) when authors write about PoC heroines?

Is the chivalric code being transformed in some way? Meaning, are some authors applying a "What if...?" question to the chivalric code? What if PoC heroines could do the rescuing in a technology-based/futuristic world?

There are exceptions, of course. Remember when I blogged about the K-drama MY LOVE FROM ANOTHER STAR? That show has a Korean heroine and an extremely prevalent rescue fantasy element.

Still, contrast that with films like FONG SAI YUK (1993). In that martial arts film, the protagonist's mother has incredible martial arts skills and does a lot of rescuing. She's not alone, either--a host of martial arts films feature talented female fighters--in fact, some of them are more highly skilled than the male lead! (I'm looking at you, JOURNEY TO THE WEST (2013).)

Perhaps the chivalric code influence shows up in some cultures more than others, and may be present or absent among the books produced by various groups within a culture.

On a related note, I wonder if the chivalric code influence is part of the reason a major Hollywood studio hasn't yet released a big budget Wonder Woman movie (DC's recent announcement notwithstanding). In general, do we (meaning Western/U.S. culture) have a difficult time wrapping our heads around Wonder Woman as a (white woman) protector and rescuer because it deviates so sharply from the chivalric code tradition? Does the chivalric code influence make tent pole superhero/action films featuring female leads--let alone PoC female leads--seem like too much of a risk? (After, of course, factoring out the risks associated with any big budget film.)

I've read SFRs with PoC heroines and biracial heroines that feature the rescue fantasy. And I've encountered white heroines with agency equal to or even greater than the hero's. So the presence of a PoC heroine doesn't automatically equate with a non-rescue/non-capture fantasy narrative. But in my reading experience lately, it's becoming a predictor of such.

It bears repeating that I'm only referring to books I've read in the past year or so. Other readers may have different experiences. But I'm inclined to evaluate future SFR books, films, and television shows in this particular light. I can't help but think we'd see some interesting roles emerge for heroines if we questioned the presence of the chivalric code in science fiction romance and examine how both its presence and absence has been impacting the genre.

That's my two cents. What do you think?