Donna S. Frelick's debut sci-fi romance UNCHAINED MEMORY is hot of the press today! This book is the first in her Interstellar Rescue series. To help celebrate the book's release, I invited the author aboard TGE for an interview. There's no time like the present to meet a new author and learn more about a sci-fi romance!

But first, here's the cover and blurb for UNCHAINED MEMORY: 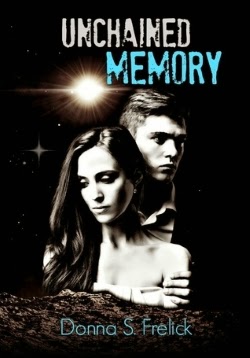 Three hours ripped away her past. His love promised her the future.

From the night she wakes up in her pickup on the side of the road, three hours gone and everything of value lost to her, Asia Burdette is caught in a clash of invisible forces. She has only one ally in her struggle to understand why-Ethan Roberts, a man she shouldn't love, a psychiatrist who risks everything to help her.

And now for my interview with Donna S. Frelick!

The Galaxy Express: Tell us a bit about yourself. When did you know you wanted to become a writer?

Donna S. Frelick: I was an Air Force brat, grew up mostly in Nashville, Tennessee, but moved around a lot as a kid. Reading was my escape, and, like a lot of writers, I think I knew right away that’s what I wanted to do. I thought for a long time I’d be a journalist, though. I was afraid I didn’t have the right stuff for fiction.

TGE: What inspired this story?

DF: I used to drive home along country roads after dropping off the babysitter late at night. I would worry about what might happen if I had a flat tire or a breakdown (or worse, an accident).  Of course, my husband was home with my kids, and I always made it home okay. But in the Prologue to UNCHAINED MEMORY, a similar late-night trip home doesn’t work out so well for my heroine, Asia. She wakes up in her pickup on the side of the road with three hours unaccounted for, the event which propels the rest of the story.

TGE: Will there be an overarching plot across the series? Will each book stand alone or is the series best read in order?

DF: This is a series of companion books, rather than a serial, so they really can be read in any order. I’ve tried to help the reader jump quickly into the IR universe no matter where they begin. There will be recurring characters, however, many of whom will later have their own books. And the ongoing fight against interstellar slavery will have its ups and downs across the series.

TGE: When readers begin UNCHAINED MEMORY, what kind of world will they be experiencing?

DF: It’s our world, here and now, but what Asia experiences will change the way she and the hero, Ethan, see it.  That new world is one in which Earth is a clandestine battleground in an ongoing struggle between Rescue and an intergalactic slave-trading empire, one in which the people of Earth are naively unaware of their danger and their place in a crowded, contentious galaxy.

TGE: How would you characterize the heat level of UNCHAINED MEMORY?

DF: Scorching! But the sex is tied to emotion, that is, every sexual scene brings the lovers of the story closer emotionally.

TGE: Given the themes of alien abduction and "interstellar slavery," how would you describe the tone of this story? Does it tackle any particular themes?

DF: I’d say the tone is darker than some SFR stories with this familiar trope because the abduction is NOT an excuse for a sexual escapade. Asia and Ethan find themselves in the middle of a battle between good and evil, one that goes far beyond her personal tragedy to encompass the galaxy. Like all the best romance fiction, Unchained Memory tackles the ideas of love as healing, relationship as partnership and community as necessary to the support of the couple, too. 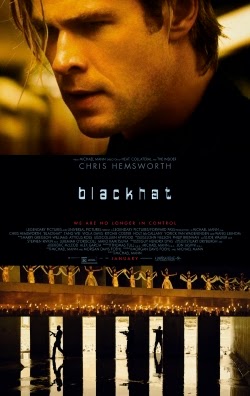 TGE: What was the last film you watched, and what did you think about it?

DF: Ha!  Well, it was BLACKHAT, with Chris Hemsworth. A guilty pleasure, for sure. Michael Mann has seen better days, but Chris would make a great Ethan Roberts, if Hollywood wants my opinion! Before that it was SELMA, a compelling story unfortunately told without much passion. Still, a must-see for everyone in this divided nation.

TGE: Now that UNCHAINED MEMORY is out, what else can readers look forward to from you?

DF: The second novel in my INTERSTELLAR RESCUE series is in production now and will be out in August, 2015. Like UM, it’s largely set on Earth, but it does boast a half-alien hero and a much deeper look at the slave-trading Minertsan Consortium. In early 2016, readers can look forward to my first “space opera noir” set in the IR universe when secondary characters Captain Sam Murphy and Rescue agent Rayna Carver get their own story.

Ms. Frelick, thanks for your time, and for your art.

If you'd like to know more about UNCHAINED MEMORY, check out these posts by the author at Spacefreighters Lounge: