Everything Needs A Boost 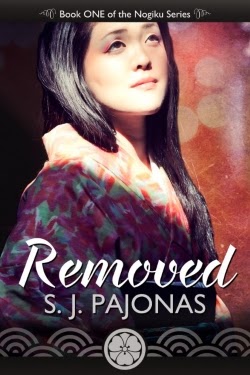 I was telling my husband about Delilah S. Dawson's post about authors and self-promotion (for another perspective, read S.J. Pajonas' response) and we wound up having a long conversation about marketing. During the conversation, he reminded me that the horror film PARANORMAL ACTIVITY basically sat on a shelf and went without distribution for two years. For a film that became such a monster hit, that is a long time in the film world.
PARANORMAL ACTIVITY has been a runaway success and spawned multiple sequels, but it didn't get instant theatrical distribution upon completion. It almost goes without saying that getting distribution can be very difficult to attain for independent films that lack big stars (and by “big,” I mean A-list). It's mainly because Steven Spielberg saw and pushed PARANORMAL ACTIVITY that it received a green light for its high-profile, multi-screen theatrical release. Here's the path the film took according to its Wikipedia entry:


The film was screened at 2007's Screamfest Horror Film Festival, where it impressed an assistant at the Creative Artists Agency, Kirill Baru, so much that CAA signed on to represent Peli. Attempting to find a distributor for the film and/or directing work for Peli, the agency sent out DVDs of the movie to as many people in the industry as they could, and it was eventually seen by Miramax Films Senior Executive Jason Blum, who thought it had potential. He worked with Peli to re-edit the film and submitted it to the Sundance Film Festival, but it was rejected. The DVD also impressed DreamWorks executives Adam Goodman, Stacey Snider, and finally Steven Spielberg, who cut a deal with Blum and Peli.

And this article via The Guardian explains that:


After an exhausting week-long shoot, Peli spent a year editing the film on his PC. He added the CGI and did the audio mixing. Every few months he'd invite friends and neighbours over for a viewing and respond to their feedback. He was still editing in autumn 2007 when the film was accepted at Screamfest, the small Los Angeles festival for homemade horror. Audience members covered their eyes, cuddled each other, screamed and howled. Peli was relieved.

People started blogging about Paranormal Activity but it didn't have a distributor. Then, over the course of the next 18 months, several things happened to propel the film into the stratosphere. Peli met Jason Blum, a producer who had passed on Blair Witch ten years ago, and Blum got a copy of it to Steven Spielberg. In what is fast becoming either an urban myth, a smart piece of marketing or a scary true story, Spielberg was not only disturbed by the film but also petrified to find a door in his house inexplicably locked from the inside. The DVD was promptly taken away in a bag and Spielberg became one of the film's biggest advocators. 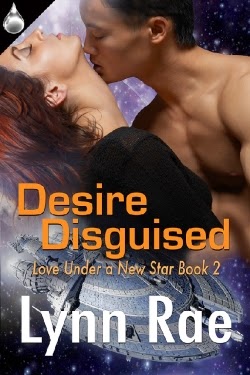 The key event seems to be acceptance of the film by the Screamfest Horror Film Festival. The filmmakers didn't wait for people to come to them; they used a film festival as a way to spread the word and obtain distribution. Lucky for them, a CAA staff member was in the audience (it's also possible the filmmakers knew Screamfest was frequented by influential Hollywood people, which in that case makes their strategy all the more savvy). If Kirill Baru hadn't been there, things probably would have gone differently.


Sitting two years on the shelf usually means a film like PARANORMAL ACTIVITY is dead in the water (or least condemned to a low profile, straight-to-video release) but in light of the film's success the anecdote blows apart the myth of "if you build it, they will come." That film took off like wildfire after Steven Spielberg became involved and perhaps even only because he became involved (at the very least, his involvement gave it the best chance possible).
Why on Earth didn't anyone prior to the film festival screening understand the film's profit potential? If one evaluates the film on box office success alone, its value should have been glaringly obvious from the beginning. Answer: because the film, by itself, wasn't obviously profitable. Just like many other films—and sci-fi romance books. Is it a good film? Many people clearly think so. Regardless, the filmmakers built it, but at first, no one came. And that was because no one knew about it.
So what can we use here as a takeaway for SFR?
Everything needs a boost, even if it's simply telling five friends that you've written a sci-fi romance. Who knows—for some people, one of those five could be someone with a high profile and extensive influence (one can hope, anyway!).

Boosts come in all shapes and sizes, and include things like a traditional publishing contract with mainstream print distribution. Sites like Amazon and Smashwords are powerful enough that even a complete unknown author with zero social media presence can net a few sales simply by uploading a book. Even publishing multiple books is its own form of marketing. Additionally, boosts can range from flashy to functional.

A non-boost approach is akin to gathering a pile of sticks and hoping they catch fire on their own.

Boosts may also work in mysterious ways, or may not be immediately obvious.

Take Hugh Howey's WOOL, for example. He's stated that he never did anything to promote it. In this interview he said:

Hugh Howey: Oh really? That was the whole story and I had such low hopes for this story because it wasn’t a commercial, the length and price, that I didn’t even really mention it. I didn’t put a link on my website for it. I didn’t tweet about it or put it on Facebook.

I didn’t do anything for it. I just put it out there and started working on my next novel. That was in July of 2011, late July. In October about two months later it sold 1,000 copies that month and I had never sold 1,000 copies in a single title in a year. Even though it was $0.99 this was like $350 that I had earned for that month.

For all I knew this was going to be the best month that I ever had in my writing career and it was still significant for me. This is crazy. We’re going to pay a couple of bills and I’ve got 1,000 people who’ve downloaded and read a work of mine. The emails and the reviews and all that that came in was just life changing. 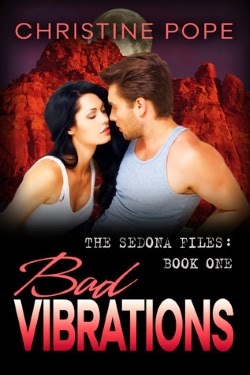 Mr. Howey also stated he has "never paid for a book review" to boost sales of his books, which is all well and good, but his admission doesn't mean nothing happened behind the scenes to give WOOL in particular a boost of some kind. Even self-publishing it on Amazon created a boost (and a more effective one, than, say, offering the story for sale on his Web site).

It's silly to assume—without incontrovertible proof—that successful authors like Mr. Howey didn't do any form of marketing other than write and upload/traditionally publish their books. It's also possible strategies he used previously were key to WOOL's success and he's just not aware of it.

The narrative a highly visible, bestselling author might tell about his or her book simply taking off (perhaps because of timing/luck/quality) and becoming a huge success is in and of itself a form of marketing, especially if said author keeps repeating that story in various interviews, articles, and blog posts. The hopeful message is, "If it can happen to me, it can happen to you." It's what many authors, artists, and filmmakers want to believe will happen with their art. Who can blame them? But guess what? That message is being generated to market the person saying it. They're attributing their success to luck and timing while at the same time using that message to market themselves. Very savvy approach, actually.

The bottom line is that for marketing to happen, connections of some kind have to be made and usually are made even if we're not aware of them. Regardless of quality, books (and films) need to be marketed (preferably of the big kind if you can get it, heh) in order to gain visibility. Are some boosts more effective than others? Of course. There are no easy answers or magic bullet, and it's somewhat unfortunate that marketing has to compromise as much as 50% or more of the solution, but that's the reality.
tl;dr: Smart marketing that's respectful toward readers takes a lot of work, but it can be a positive thing for sci-fi romance overall.
Joyfully yours,
Heather