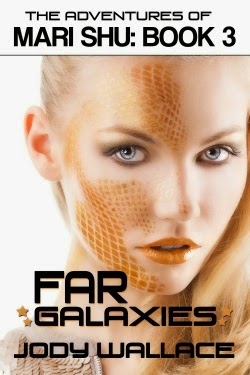 I wrote a post for the RT Book Reviews blog: With Great Spurts Comes Great Goo: Jody Wallace's THE ADVENTURES OF MARI SHU. I recently finished the third installment, FAR GALAXIES, and wound up with a lot of feels about the social commentary Ms. Wallace is packing into the stories. Plus, this series is getting raunchier and weirder than ever and so I just had to share my o_O reaction!

At Spacefreighters Lounge, Sharon Lynn Fisher (ECHO 8) wants to know: Do you believe in psi? 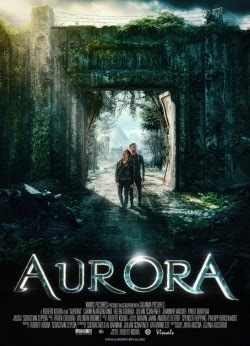 AURORA, a film being described as a sci-fi romance, will be released in the U.S. in July 2015. IMDb describes it thusly:

In 2020 super-computer Kronos concludes that human beings are the biggest threat to the planet. 60 years later, Andrew finds himself lost in a world run by machines when he meets Calia, a girl on the way to a place called Aurora.

Given the description of Calia as a "girl," it's difficult to say if this is YA SF or if the lead couple is 18+. I think the trailer could be better, but I'm willing to check out this film via Blu-ray or streaming. What about you?