Each informational post will focus on one of the authors and will feature a cover and blurb. Social media links will be at your fingertips so you can learn more about these lovely ladies and their work. Enjoy!]

Welcome and thank you for dropping by.  I'm S. E. Gilchrist and I write science fiction and contemporary romances for New Adults and Adults.  My latest project is the New Adult series, the Mars Academy which consist of five novellas that combine science fiction / space exploration, action, adventure and romance.  The series is set approx one hundred years in Earth's future where mankind has long ago colonised the planet, Mars now inhabited in the main by 3rd generations Martians.  The overall story arc is the mission is to locate and claim a resource rich / Earth like planet in the name of the Earth Republic.  However, the struggling Mars colony has aspirations of complete independence from the yoke of Earth and plans of their own.


On board the Columbus are:


·       Senior officers and crew members from the Earth Republic


·       Crew members from the prestigious Mars Academy
·       Members of the Earth Republican Army
·       And sleeper members of the revolutionary force, the Independent Territory of Mars.

The first book, Stranded, kicked off the series on 30 January 2015. 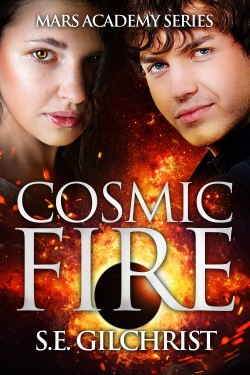 The Mission – find and claim a new earth

Ensign Dana Lawson of Sector Seven fire team on the star ship, Columbus, has one goal: her own command. On an exploratory mission to Alpha Centauri A, she has the opportunity to earn her stripes, but instead faces a challenge that threatens to send her plans up in smoke.

Rick Morgan, a guy with heartbreaker imprinted in his DNA, the warmest smile and the bluest eyes she’s ever seen, ignites a fire inside her heart. He is trouble, on every level…and he’s brought his dangerous past with him.

Now a saboteur has Dana and Morgan in his sights. Together, they must learn his identity before he strikes again and kills them both…or destroys the ship and everyone on board. 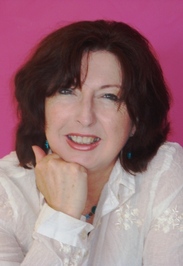 SE Gilchrist lives in the beautiful Hunter Valley of Australia with her family and pets. She writes in the genres of science-fiction, ancient history, apocalyptic and contemporary rural romances and loves combining romance with adventure. The author of over fifteen books, SE is also passionately interested in animal welfare/rescue, the environment, bushwalking and kayaking.