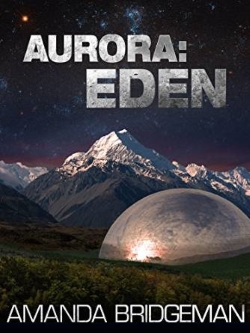 In the wake of the tragic events in Centralis, Captain Saul Harris stands with the weight of the world on his shoulders. With the truth of UNFASP revealed, he realizes that he must embrace his ancestry if he is to survive the coming onslaught. But how far will Harris go to protect the future? Will he sacrifice life as he knows it and become a Jumbo? Or can he face the future as a common man?

Meanwhile Sergeant Carrie Welles has been left devastated by what has happened. Uncertain of the future ahead, and with her nemesis, Sharley, on the brink of control, she struggles to pick herself up. But she is left surprised when help comes from the unlikeliest of places.

As her life veers off in a direction she never expected, Carrie soon understands that she is running a course with a destiny that lies far beyond her control. A destiny that is strangely aligned with her Captain's. 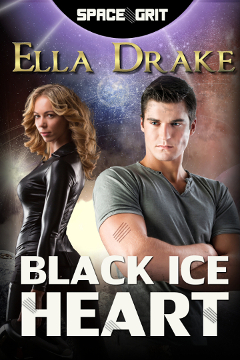 Condemned and in transit to an asteroid prison, he found what he'd never had before--a chance to love.

Ensign Joan Holly has one last mission before transferring to a secretive, elite unit, the Nex. It's what she's wanted since joining the military as a child. All she has to do is escort the most reviled prisoner on Geonate to meet his fate. Simple, since he's immobilized and nobody has ever escaped the Asteroid Pit.

Cenak Bronson never had it easy. He's never been free and never had a future. He accepts his doomed fate until he's rescued by a band of half-aliens, the Scoriah. After the chaos of his breakout, Cenak finds himself reluctantly bound to the only other survivor, his jailer Joan.

But they aren't the sole survivors by coincidence and they weren't captured by the Scoriah randomly. To survive, they join forces, uncovering secrets and lies that change everything. Including the future of Geonate itself.

Black Ice Heart is a full-length science fiction romance novel that begins the Space Grit series and can be read stand-alone.

Warning: This novel is intended for readers 18 and older. It contains explicit scenes, language, violence. 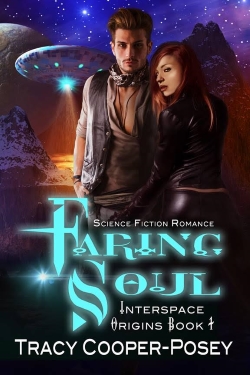 Rumors emerge that Catherine Shahrazad, possibly the oldest person in the galaxy, has returned from the fringes and has been seen in Federation space.  Wherever she goes, her name and her history cause civil unrest, riots and worse.  The Federation Board don’t want her there, neither do the leaders of Cadfael College, the educators and moralists of the galaxy.  No one pays any attention to the reticent navigator called Bedivere X, who pilots her ship better than she does.

The truth about Bedivere threatens the entire Federation. 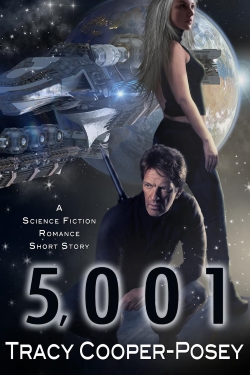 Master Engineer Caelen Williams is the most sought-after contractor aboard the closed-system marathon-class vessel Endurance, a generation ship at least four hundred light years away from its destination.  Captain Lakewood, leader of the space-faring city, demands she resolve a life-threatening issue—the ship is losing water.

Caelen’s former lover, Devar, was wrongly persecuted by Lakewood’s people but for the sake of everyone aboard the Endurance, Caelen tries to solve the riddle of the draining water and learns that Devar is not the only one who may have been manipulated....

This is a short science fiction romance story, for fast reading and enjoyment. 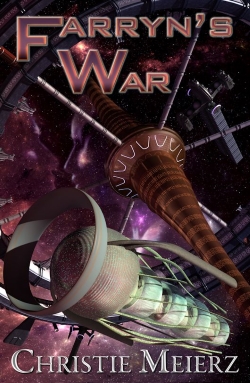 A novel of love, betrayal, and an opening to the stars

The empathic Tolari of the Beta Hydri system shunned space travel for thousands of years, until one man, Farryn, the former ruler of Monralar, tried to shake his people from their isolation—tried and failed, losing his honor in the process. Now an exile, he puts his past behind him by building his own criminal empire among the colonies of Earth.

Scholar, political analyst, and one of the most powerful empathic sensitives on Tolar, Farryn’s estranged lover Sharana dares to follow him into human space, desperate to find out what has become of him, hopeful of convincing him that she never betrayed him.

Unfortunately, Earth Central Security is watching, and Sharana has no idea what she is getting herself into. 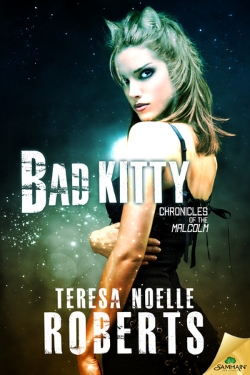 When you make the Devil’s bargain, be prepared to take the heat. A lot of heat.

Most of Xia’s early memories are repressed, thank the Great Cat Mother. But her body remembers how to kill.

The longer she and her fellow Malcolm crewmates are holed up on Cibari hiding from assassins, the twitchier she gets—until the planet’s insanely sexy warlord, Rahal Mizyar, borrows her skills to take out slavers.

Rahal suspects Xia is his mate, but the human-raised female never learned the finer points of felinoid rituals. The solution: make her fall hard and fast for him, even if it means playing dirty.

Hired to determine if Xia is the long-missing granddaughter of the felinoid prime minister, Cal Janssen has finally tracked her down. Getting past Rahal, though, is a problem—until he’s mistaken for a notorious arms dealer and playboy. And he finds himself the object of both Rahal’s and Xia’s seduction.

When their first mission brings Xia’s memories bulleting back to the surface, she realizes she’s fallen for two men who don’t exist. Running away, however, could be her deadliest mistake.

Warning: Contains an assassin with a swiss cheese memory, a badass warlord who’s getting tired of his own con, and a freelance lawman. Secrets, lies, and hot sex with no rules.

THIEF OF HEARTS: A Novella of the Purxnae - Lucy Varna 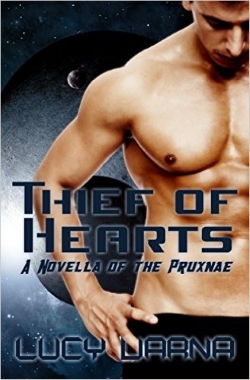 Queen’s Guard Alna Lomig is on the verge of fulfilling her destiny, until she’s kidnapped by handsome Pruxnæ Gared ab Einif, who has other plans for his Lady Warrior.

A novella-length prequel to the Pruxnae Series.

Via Ella Drake comes news of two forthcoming box sets coming out in October. One is all SFR and the other features several more. Both include titles by Ms. Drake. She helped me out with information and a few tags so we could learn more. 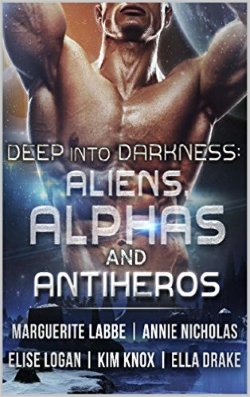 Available at Amazon for preorder

PANDORA by Marguerite Labbe (novel)
Sentenced to life on board a space salvage cruiser, Riff Korra and Zed Jakobsen find themselves drawn together out of mutual need. But when an epidemic of violence and insanity consumes their ship, will their bond give them the strength they need to escape?

FORSAKEN PLANET by Elise Logan (novella)
Luci has gone, literally, to the ends of colonized space in order find some peace. Marooned on a desolate planet with limited supplies, Luci needs to learn to trust her team leader, Sakir Khyne. Together they must take out hostile forces and try to survive.

DARK IMMORTALITY by Kim Knox (novella)
Captain Andros: pirate, vampire, all-round bastard. When he takes Madelen Ariel as his own, his crew sees an opportunity. They’re about to find out just how much of a bastard he really is.

FREEKER by Ella Drake (novella)
On the run, convicted murderer Chara stows away on a ship piloted by a big, sexy alien. Warrant puts the safety of his brothers above all else but the violent and sensual Chara makes him question the price of risk. 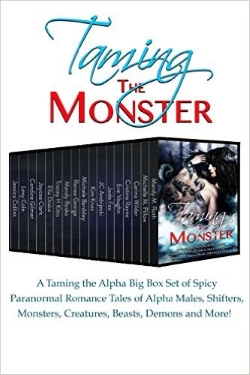 Although he is the hottest alien overlord she’s ever seen, he may not be exactly what he appears.

Anna Hackett's RETURN TO DARK EARTH (Phoenix Adventures #7) is slated to release September 9, 2015. The description was unavailable at the time of this post, but here's the cover! 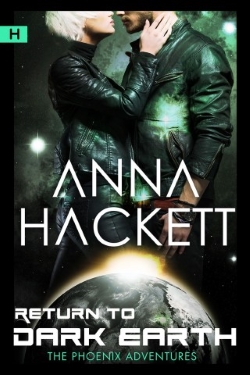 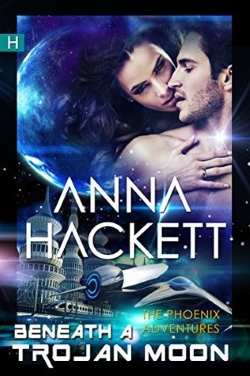 Great news: Anna Hackett's BENEATH A TROJAN MOON won the Romantic Novella of the Year in the RWAus Ella Awards!! I enjoyed this book and am glad to see it gain such wonderful recognition. Congratulations, Ms. Hackett!

M.A. Grant blogs about the Squad Mentality in SFR:


What I love about both is that the central romance between main characters isn’t a standalone thread of the plot. Instead, the books are as much about how the pre-established bonds between squadmates or crew members are tested by the burgeoning romance. In the face of sometimes extreme challenges presented in science-fiction worlds, becoming a respected member of a team is a critical element to not only the romantic relationship’s success, but also to survival.

In The Ground Beneath Our Feet, author T.L. Smith blogs about the evolution of her story STAR PEOPLE LEGACY.

Starla Huchton blogs about SF and religion in The Creation Myth: Remixed:


From the ancient Egyptians to today’s fast-paced modern world, religion has been a part of human culture. It’s a concept that comforts us and offers explanations in an existence that so often feels beyond our control or understanding. Humanity has studied the beliefs of our ancestors and come to our own conclusions about what we feel to be true about the universe, and whether that’s praising Odin or discarding the notions of higher mystical powers entirely for science, everyone has faith in something.

But what if everything was connected? What if Viking valkyries and Christianity’s angels were one and the same?

Is SFR doomed to a life of being ignored by SF movie audiences?


In the SFR community we have long hoped that the trending love for SF on the screen will open a door for us with both readers and the not-so-Invisible-Hand of the market. But that has not happened so far, and I fear it will never happen. The problem is that the science fiction we see onscreen--certainly the SF we see on the big screen, though to a lesser extent the SF we see on TV--has little similarity to the kind of SF we are writing. In general, our stories are much more diverse, female-centered, character-driven and complex than the majority of stories we see in the multiplex. Then, of course, there’s the romance, which is most often only hinted at in the theater.

Turns out I had lots to say about this thought-provoking topic, and you can read my response in the comment section.
Scarlet Overkill: the saga continues 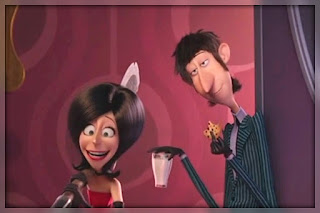 I thought my epic post about supervillain Scarlet Overkill from MINIONS would purge all my feels about this character, but apparently that's not the case. Heh. So I created a Twitter account called @TheOverkills to channel all my fangirl squee about Scarlet Overkill and her groovy husband Herb.

Frankly, it's not just about my love of the characters, it's also about advocacy for more SFR films and better representation for women protagonists/action heroines. For example, my Storify on why Scarlet Overkill is a more accomplished supervillain than Felonius Gru.

Followers are most welcome, but beware spoilers from MINIONS and the DESPICABLE ME films since I'm tweeting many images and lots of commentary about the stories. Most new tweets will come in bursts in the late evening EST after I finish my regular sci-fi romance rounds. :D 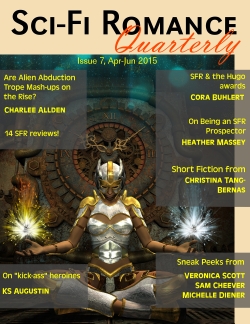 It's never too late to catch up with the latest issue of Sci-Fi Romance Quarterly. Issue 7 is out, so download your free copy here. No. 8 is on the way soon!

Now I turn the mike over to you. Hit me up with your SFR news/links!