Each of their journeys was unique, but these brave men and women shared a common ability to chart new territory, discover exotic civilizations, and expand horizons. The stakes were high and the risks higher, but an indomitable spirit drove them all.

“HC SVNT DRACONES”
You might know that saying better as, “Here there be dragons.” 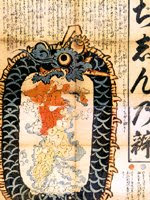 Science fiction romance is one uncharted literary territory, replete with its own mysterious lands and creatures, but one intrepid explorer has been forging ahead to map it with a determination rivaling any of her explorer counterparts. 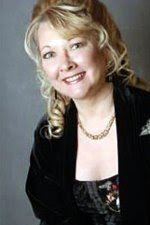 Linnea Sinclair is a former news reporter and retired private detective who pens smashingly fun science fiction romance. But if that weren’t enough, she works tirelessly to promote the genre through interviews, workshops for writers, blogs, and conferences. And if that weren’t enough, she runs the Intergalactic Bar & Grille, hosting a never-ending party for her zany genteel group of fans.

In 2006, Linnea Sinclair won the esteemed RITA award for her book GABRIEL’S GHOST, as well as too many other accolades to count. Her work blends action, adventure, hard SF, romance and mystery. This week I’ll be showcasing this acclaimed author and her contributions to the science fiction romance genre.

Stay tuned for a contest later this week at The Galaxy Express. I’m giving away a copy of SHADES OF DARK, the sequel to Ms. Sinclair’s hugely popular GABRIEL’s GHOST. Here’s a snippet about the story from her Web site:

For two fugitive lovers, space has no haven,
no mercy, no light—only...
SHADES OF DARK

Before her court-martial, Captain Chasidah “Chaz” Bergren was the pride of the Sixth Fleet. Now she’s a fugitive from the “justice” of a corrupt Empire. Along with her lover, the former monk, mercenary, and telepath Gabriel Ross Sullivan, Chaz hoped to leave the past light-years behind—until the news of her brother Thad’s arrest and upcoming execution for treason. It’s a ploy by Sully’s cousin Hayden Burke to force them out of hiding and it works.

With a killer targeting human females and a renegade gen lab breeding jukor war machines, Chaz and Sully already had their hands full of treachery, betrayal—not to mention each other. Throw in Chaz’s Imperial ex-husband, Admiral Philip Guthrie, and a Kyi-Ragkiril mentor out to seduce Sully and not just loyalties but lives are at stake. For when Sully makes a fateful choice changing their relationship forever, Chaz must also choose—between what duty demands and what her heart tells her she must do.

Dragons or not, that’s a story worth exploring!

Now here’s a challenge for all of my Skiffy Rommer passengers: Imagine you’re accompanying Linnea Sinclair on her mission to raise visibility for science fiction romance. What are ways we can reach out to new readers and put SFR on the map once and for all?