In the comment section of my recent post “Can This Harlequin Cover Be Saved?” author Jess Granger noted that “Back in the day when you couldn’t find a paranormal to save your life, vampire stories were hidden behind old historical clinch covers, but the guy was looking at the girl’s neck, (or maybe it was her boobs). Nothing about those covers spoke the “code” that this was a paranormal romance in the way we see them now.”

Author Marilynn Byerly adds, “I imagine the cover was created to deliberately hide the fact that the book is SFR. That’s been SOP, in most cases, for many years for the big publishers. The blurbs also tend to hide the fact that it is SFR.”

Those comments stayed with me, so much so that I subsequently vomited forth this post. The issue has prompted me to speculate about why publishers would, routinely, for years, engage in such bait and switch tactics when it came to genre stories such as science fiction romance, paranormal romance, and perhaps fantasy romance as well. 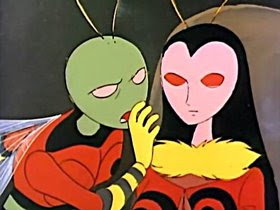 One reason I’m so drawn to this issue relates to my early experiences as an SF&F fan. Very powerful and key people in my life made repeated attempts to dissuade me from my interest in not only genre fiction, but also anime, manga—basically anything that they interpreted as childish, immature, or just plain strange. I suspect that their attempts to convince me to drop that particular hobby had little to do with the books and television shows being Japanese in origin and everything to do with my gender.

Regarding romance publishers obscuring a book’s content via cover camouflage, I have a difficult time buying that it’s simply a marketing challenge because huge corporations wield an enormous amount of influence through their marketing campaigns. They allocate millions of dollars to such endeavors for a very good reason: they work. 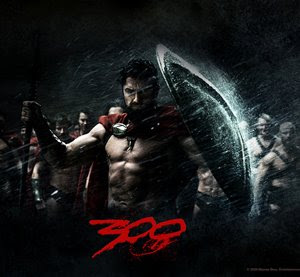 Case in point, the film 300: To date, this CG-historical-graphic novel hybrid has earned $716 million. That’s quite a tidy sum for a film ~ $60 million. But what you won’t hear discussed openly is its marketing budget, which was slightly over $100 million—nearly twice the film’s negative cost.

Why so much? Because somebody in the marketing department not only saw future dollars associated with this film, but also recognized it needed some advertising help. After all, the graphic novel wasn’t well known outside of comic book/Frank Miller circles, and it didn’t have any big name stars attached upon release.

In other words, they gave it the push it needed. If romance publishers decided today that they wanted to make money with SFR or fantasy romance, they must adjust their marketing strategies accordingly as well. So why don't they?

I think something is afoot that runs deeper than hoarding marketing dollars.

Are publishers who engage in the practice of obscuring book content ashamed of certain subgenres? 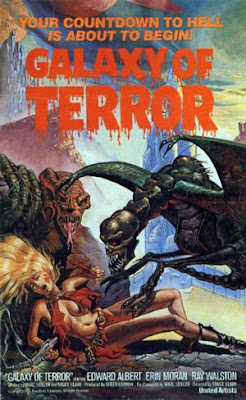 In the case of science fiction romance, I wonder about the possibility that these publishers are attempting to distance themselves from every campy science fiction movie ever made. Or from SF television shows. I’ll concede that the low budget special effects and production design of the original STAR TREK series can look pretty silly if people view images of it out of context. And then there’s filmmaker Roger Corman, who never met a science fiction movie set that he didn’t love to recycle. That kind of extreme budgeting mentality didn’t do a whole lot for the genre’s reputation.

I’m a fan of all these movies and shows, and even I can understand how certain aspects would not go over well with potential readers. Science fiction is full of some pretty grand ideas, but there have been plenty of times when the execution fell far short of the goal. The same goes for many horror/paranormal projects. It makes sense that as a result, some distancing occurred and continues to occur.

But this isn’t the 1950s or 60s. Special effects have come a long, long way. CGI has all but eclipsed the rubber monster suit (er…except in Japan). Television and film productions are far more sophisticated these days. We’re also, like, on Mars and stuff. And yet, some publishers—not all, but some—still attempt to obscure the content of science fiction romance books.

Given the geek nature, eccentricity, and just plain weirdness at times of SF fandom, it makes me wonder if some publishers are ashamed or embarrassed about what they have, and so they attempt to hide it.

Perhaps the above theory is the reason for the bait and switch, perhaps not. So what else could be the cause? Are publishers trying to protect romance readers from content that is exotic/weird/scary (at least, before the sale)? Do publishers believe that certain romance subgenres contain stories that are so different and perhaps threatening to readers that the only way they can get them to read the books is to fool them about what is being purchased?

If You're Embarrassed By Your Books, Why Should I Buy Them? 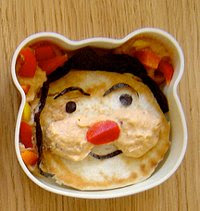 Or maybe publishers are 100% behind their SFF and paranormal stories, but fear that romance readers won’t embrace them without a little help, namely, a book that looks and smells and feels like a traditional romance, but has a secret ingredient. Are they hoping readers will be pleasantly surprised? Mommy and Daddy know best, right? This situation reminds me of parents who slip healthy food into a dish undercover so their toddler won’t notice it’s there—except readers aren’t toddlers.

It’s dismaying to me that on top of romance being a ghettoized genre, publishers (and, by their complacence, maybe some readers?) ghettoize a romance subgenre by obscuring content via misleading covers. What kind of message does that send?

Do they think readers who enjoy exotic/weird/scary/speculative stories are misguided in their preferences? “Yeah, we’ll throw you a bone to get your money, but we’re not happy about it.” Is it a form of ass-backward sexism that romance publishers, who target a largely female audience, try to discourage their interest in books that deal with science or the unknown? In other words, are they inadvertently perpetuating the stereotypical belief that women can’t or don’t “get it”?

Why publish these stories at all, then? Why would a publisher go to the effort and expense of releasing them if they’re going to do everything within their power to bury them? Are publishers so ashamed of science fiction romance (and, once upon a time, paranormal romance) that they must rely on some sort of secret handshake in order for readers to find these books?

Science Fiction Is More Compelling (And Adult) Than Some Believe

I understand that publishing these stories involves a certain amount of risk because they deal with exotic characters and settings. They also have the potential to feel less “romancey.” Yet, if publishers are going to insist on taking such risks, why not embrace the readers who do want these stories?

Since science fiction romance is such a niche genre, what does it matter if publishers put “science fiction” on the spine or feature a cover with an unabashedly futuristic setting? It can done without sacrificing the romance elements—just look below at one of Linnea Sinclair’s covers. If some readers are lost as a result of marketing to the subgenre’s core fans, well then those readers probably aren’t meant for the books anyway. 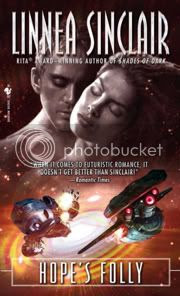 I doubt I’ll ever discover the real truth behind this phenomenon, because honestly, it does sound like something out of an Orwellian novel.

Whatever the cause, I really wish this practice of obscuring a book’s content would just go away. Color me naive, but I’m over people telling me that a genre I love is wrong, or something of which I should be ashamed.