Babelicious: Rise of the Subversive Heroines 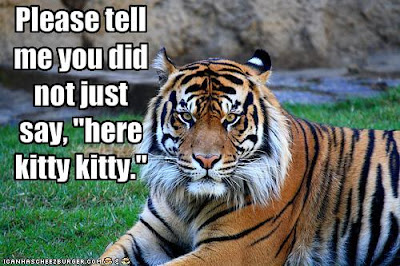 Romance heroines come in assorted flavors, to be sure, but there’s been enough repetition and similarities that they can be categorized in various archetypes, like “The Seductress,” “The Spunky Kid,” etc. Makes sense.

In a recent interview, Smart Bitch blogger Sarah Wendell said, “I fear the awesome subversion of expectations of female archetypes will be fewer and farther between. But I can still hope.”

Well, right back at ya, Sarah.

Her statement made me wonder: If more authors aren’t crafting subversive heroines, namely those who thwart our expectations about what constitutes a “proper” romance heroine, why is that? What is the worst that could happen?


Let’s take a moment to examine Hollywood tent pole movies with a $100+ million budget. Artistically, these films take few chances as they must appeal to a wide demographic. However, low budget films, say, those hovering around the $5 million mark, have essentially already made their money and can take more chances. If the newfangled concepts don’t go over like gangbusters, no big deal. But, sometimes they click and click big (Case in point: NAPOLEON DYNAMITE).

The idea of a subversive heroine may not be an obvious choice at first, but it can lead to revenue not yet tapped. Who would have guessed that a subversive cannibal by the name of Hannibal Lector would become such a household name? Exactly.

Is the “subversion of stereotypical heroine archetypes” a trend, as Wendell seems to think? Well, by golly, I sure hope so, because my Spidey sense is tingling! If any subgenre of romance has the potential to experiment with subversive heroines at length, it’s science fiction romance.

One reason is that the roles played by SFR heroes and heroines have fewer gender specific constraints. A heroine is just as likely as a hero to be a starship admiral, soldier, or scientist. She could also raise hell as a mercenary, pirate, or ruthless corporate mogul. Because the speculative side of SFR can delve into wild possibilities, so can the heroines. She doesn’t have to stay in the lines dictated by the archetypes.

Science fiction romance might even have a higher ratio of subversive heroines vis a vis other romance subgenres. Or it could. Think of the opportunity! SFR is like those $5 million dollar films. As a niche subgenre, it has the freedom to experiment with subversive heroines of every shade, color, and texture.

I know I haven’t always questioned the presence of strongly archetypal heroines, but when I encounter a subversive one, it’s like the author met a need I didn’t know I had.

What do you think about the romance heroine archetypes? Subversive heroines? Do you consider any of your favorite SFR heroines to be subversive? In what way(s)?