What happens to a world when its keepers fail to safeguard it? Post-Apocalyptic SF Romance! SFR is a subgenre itself, but within that, there’s the post-apocalyptic and environmental romance.

Several from my keeper shelf fall into this category. 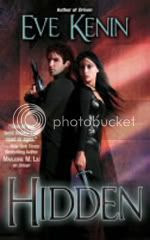 DRIVEN and HIDDEN by Eve Kenin puts the reader right into the action with arctic temperatures, truckers, ice pirates, plague, all the action-filled dilemmas a hero and heroine can handle in a world recovering from a devastating war. 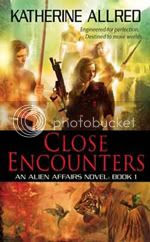 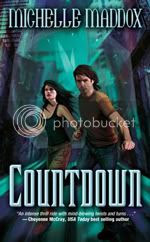 COUNTDOWN by Michelle Maddox is set in the aftermath of a plague that wiped out most of Earth's population.

A setting that questions mankind's choices in its environment pulls me right in, even if it’s more backdrop than a driving force in the plot. Perhaps it's the hint of danger of these environments, the inevitable that puts the main characters into a larger than life setting. Or maybe it's the hint of that bleak future when a government or that ever-present “corporation” leads humanity to near destruction. This idea of an endangered civilization led me to write “Firestorm on E’Terra”, a novella that recently sold to Liquid Silver Books. The plot involves a planet terra-forming gone wrong.

The roots of Science Fiction started with stories that questioned the consequences of choices. Readers were to consider possibilities and question ideals. Perhaps for me, the type of story that leads me to think “what if” the most are those that lead humanity to the brink, in a decimated Earth; or a pristine New World faced with its political and environmental future. Or, maybe it’s the Mad Max factor, the wilderness/decimated-land unleashed, large and dangerous, an element so strong in the story that it takes on a character itself. That character that stands in the way of our heroes/heroines fighting for their own futures. And against those odds, in the larger-than life setting, the main characters find each other. Romance prevails.

What resonates with you? Read any good post-apocalyptic or New World stories lately? Cause if you have, I definitely want to hear about them! What SFR niche draws you in?