“Listen, there is a hell of a good Universe, next door. Let’s go.” 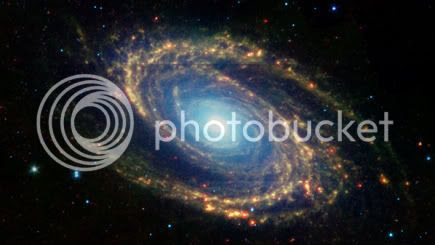 The title quote by E.E. Cummings (1894-1962), has long been an inspiration to writers of Speculative Fiction. It embodies all of the wonder and enthusiasm that we would hope to engender with our writings. When Heather contacted me to write an article about Parallel Universe, I jumped for joy, even over CRS and a disintegrating hard-drive. Nothing was going to stop me. This has been one of my favorite subjects, in like...forever!

It’s my belief that awareness of parallel/alternative universes/dimensions/realities is deeply ingrained into the human psyche. Any time you have contrasts, you have alternate realities. Purely on a psychological level, you have the way we see ourselves, versus the way others see us. Each of us sees through our own eyes. We can’t help it. I still see myself as the nineteen year old that I once knew, not that stranger looking back at me from the mirror. The male universe is entirely unlike the female universe (Vive la difference!). The people of one country see themselves and their culture distinctly from any other. Think about the first time that you spoke with a citizen of a foreign country who was a guest in your country, and they criticized your country in an unfavorable manner. What was your reaction? Oops! Better not go there.

But, we don’t live in a Universe solely inhabited by human beings. We, of this planet, have been blessed with multiple, thinking species with whom we may interact if, and I cannot emphasize this strongly enough, ONLY IF we put our effort into it. It isn’t necessary to travel to the stars to contact aliens unless we chose to do so in our imagination. In my lifetime, I have had the privilege of communicating meaningfully with brothers, cats, dogs, horses, ostriches, and even African lions. Not only do we have species which bear some similarity to us, in that they walk on land and breathe air, but we also have marine species which live in an environment as alien as any ever created by a science fiction writer... yet, we can still communicate with many of these species, and they with us and each other.

Now, let’s look at parallel universes from a scientific POV. Well, a sort of scientific POV. After all, I write fiction. Do you remember the first time that you played the great “What If” game? I do. I was twelve and on my first “date” (in my parent’s living room) with a boy that I had known for years. Way back when, my aunt had dated his father, but I digress. He was two years older than I, and an “experienced, man of the world”. He was also a Sci-fi freak, and quickly corrupted me, a tradition which I later proudly carried forward as a teacher (Parents be careful, very careful!).

Our conversation proceeded from of a comparison of galaxies, to star systems, to atomic structure, and finally to what the people who live on electrons thought about us...And how many angels can dance on the head of a pin? At the time, we considered it all wonderfully grown up and bizarre... but is it? In String theory, anything can happen. String theorists postulate multiple dimensions at the sub-atomic level all vibrating to different frequencies. Maybe that’s why I like Douglas Adams so much. “42!”

I am fascinated by the intersection of parallel universes in religion, philosophy and physics. All of these disciplines are searching for understanding of “Life, the Universe, and Everything”. Each has tried to communicate its insight in a form that people can comprehend. My favorite Science Fiction and Fantasy writers have utilized this. C.S. Lewis, employed parallel universes in his Chronicles of Narnia. In the second book of his Science Fiction Space Trilogy, PERELANDRA (1943), he talked about the Oyéresu not being of this Universe, but resonating to a different frequency. Since string theory first started being developed as early as 1919, it most probably was a hot topic of conversation among the Inklings as they met (1930s and 40s) over a few pints at various local pubs in Oxford England. What I would have given to be a fly on one wall during one of those gatherings!

Our own Catherine Asaro incorporates known principles of physics into her Skolian Saga of Science Fiction Romances. She uses real principles of physics to plausibly justify FTL (faster than light) travel and communications to the reader. The lay reader may not understand her explanation, but it sounds good. Just think... manipulating FTL travel and communications by psychic links through different dimensions. Way, cool!

Finally, let us turn to religion. All religions have tried to address life, death, why am I here, and what’s next? This gets into the Time/Space continuum, and people have been thinking about it for... oh, at a minimum, fifty thousand years. Technology changes, people don’t. They don’t want the here and now to be all that there is. They want more.

In regards to writing Science Fiction Romance, I particularly like the Judeo-Christian tradition. According to this tradition, approximately 3,500 years ago, the Maker of the Universe revealed His Name to Moses on a mountaintop in the Sinai Peninsula. This Maker of the Universe said that His Name is “I AM”. This is an awesome philosophical concept. It is the Eternal Present. It indicates Someone outside of the Time/Space continuum. This Being lives simultaneously in the past, the present, and the future... and He says that we can too. This idea is nirvana for a writer of Science Fiction Romance. Parallel Universes exist. Time travel is possible. FTL travel and communications are possible. There may very well be others out there. Our only limitation is our imagination. It’s up to us.

Heather, thanks for inviting me, and thanks to all of you readers for bearing with my meandering mind.