What Would You Miss In A Post-Apocalyptic World?

I recently finished TSUNAMI BLUE by Gayle Ann Williams, and it left me with a serious coffee craving. Well…I kind of already experience that on a daily basis, but reading the story, in which a series of catastrophic tsunamis have drowned much of Earth, made me appreciate how well I have it these days, living as I do in a…hmm…pre-pre-apocalyptic world? 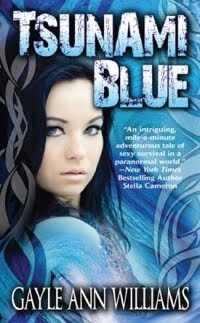 In TSUNAMI BLUE, coffee is a commodity worth its weight in gold. Coffee growers can't cultivate it anymore (if they're not already dead), so survivors barter whatever packages of the caffeinated elixir they can scrounge (sometimes this means diving beneath the ocean’s surface to forage through underwater supermarkets! If you’re a coffee lover, can you blame them?).

Of course, the book featured a romance, action, and some nice gritty scenes, but I liked that it was a science fiction romance from which I could take away something meaty to mull over. Sometime all it takes is a single element in the story. 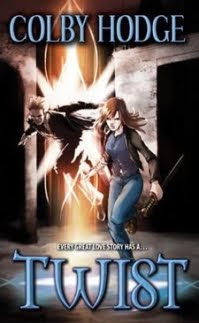 In TWIST by Colby Hodge, the heroine time travels to a period about a hundred years in the future. A plague has ravaged Earth’s population, and humans are hunted by [censored to avoid spoilers] predators. Everything we know as a nation’s infrastructure is gone. In the world of TWIST, you can’t drive a car (no gas), fly a plane (no fuel), or communicate electronically. Or by phone, for that matter. As I contemplated the impact of both a dwindling population and lack of infrastructure, I was seriously spooked. I never think of Earth as a lonely place to be, but it could happen. 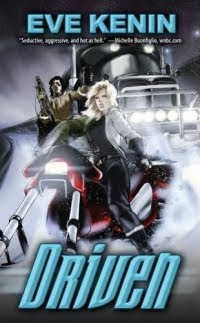 DRIVEN by Eve Kenin takes place in a frozen futuristic wasteland. It’s gritty, it’s dangerous, it’s desolate. What would I miss? Too many things to count. Warm weather. Eating out at my favorite restaurant. Forget eating out—just making a trip to the grocery store for some boxed mac ‘n’ cheese. The simple things in life—gone, possibly, forever.

The above examples may seem trivial, but they symbolize my fear of the devastation we’d face in a post-apocalyptic world. I can only focus on the lack of materialistic things like a nice hot shower; otherwise I’d drive myself nuts imagining the true fear and loss associated with such an environmental disaster.

By the way, author Joss Ware also has a post-apocalyptic series out, so I’m sure that will set me to grieving over things I'd miss as well. I sure hope coffee’s still around, at least.*

What would you miss the most in a post-apocalyptic world?

*Chai tea would work in a pinch.