Parallel Universe: The Admiral Duke and The Space Pirate Governess by Ella Drake

For a writer of future set science fiction romance, diversity of social status can be an interesting concept. Since I truly believe that the general direction of human development will one day completely blur the lines of ethnicity as we now know it, I can't quite believe that we won't find ways to parse people into segments of identity. Beliefs and customs will most likely have some shape for a long time to come. When visualizing groups of people for a future set story, do ethnic, religious, and sexuality differences look the same as today?

I think not. No matter which direction we grow and change, we'll always find others who are different from us... to be different. What matters is how we treat that difference, or how we acknowledge it.

While writing my novella "Firestorm on E'Terra", I initially thought of the heroine, Samy, as being a Caucasian American and the hero, Dex, as being Hispanic. I started with what I knew, but quickly decided that in a space faring future, those current identities wouldn't exist. Honestly, that wasn't even a decision, really. More like a "of course." The diversity I explored in Firestorm, at its heart, was a difference in social status.

How do you describe a character, his background, his views of the world, to create a diverse world? Let's face it, with millions and millions in a population, diversity is a must. Humans are a collection of individuals with different abilities, character quirks, and affinities. What I've found to be believable is a future where the character's placement in social status is still an issue, even if the color of their skin, sexual preference, or cultural origins are of no matter. Even in the future, a higher placed man might have to fight to have a relationship with a commoner. Or perhaps a military man can't marry outside the military. This leaves room for conflict of the SFR kind: The Admiral Duke and the space pirate governess.

S.L. Viehl's Stardoc series is centered on Cherijo, a female doctor who leaves the "perfect" society to practice medicine off world, something that just isn't done. Her social status is a crucial point of the story.

In Linnea Sinclair's Rebels and Lovers, Devin Guthrie's family position is a roadblock for a romance with Kaidee.

With Sherrilyn Kenyon's Ichidian Universe, League assassins aren't in a position to have relationships at all, so what's a man to do if he falls in love with the daughter of a highly placed political figure?

In my upcoming SFR release from Carina Press,
Silver Bound, social status is once again a crucial impediment for the couple to get together.

What do you think? Will a future make all social status questions a mute point? Or will we always create a pecking order? 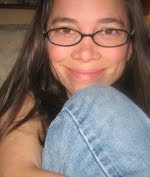 Ella Drake is a Dark Paranormal and Science Fiction Romance author published with Cobblestone Press, Liquid Silver Books, and Samhain Publishing. She has two SFR stories coming soon from Carina
Press, Silver Bound and Jaq's Harp: A Beanstalk Story. Sometimes she dabbles in Weird SF stories (read The Adventures of Daphne for free on her website). To learn more about Ella, visit her on her webpage at www.elladrake.com. Ella can also be found on facebook and twitter.