Science Fiction, and by extension, Science Fiction Romance, often deals with relevant issues in the news, thinly disguised in an otherworldly setting. Remember the old Star Trek episode with the species whose face was half white and half black? Just looking at that guy brought to mind our own prejudices here on Earth. Star Trek was so popular because it showed that different races could live and work together in harmony.

The third book in my Light-Years Trilogy, Starlight Child, deals with racial relations and intolerance. In this case, it’s two different species that are involved, humans and Yanurans. My heroes have opposing attitudes toward the Yanurans, motivated by incidents from their pasts. A child has been kidnapped, and Deke and Mara are assigned the task of searching for her on Yanura.

Deke’s Attitude:
He looked forward to investigating the underwater seaweed farms on Yanura. Mariculture was familiar to him from his home planet, so he knew what to expect. If the Yanurans were fooling anyone with their story about an age-preserving drug, he’d be able to detect the truth. And if the Yanurans had anything to do with Jallyn’s abduction, he’d find her, too. He wouldn’t let them get away with any more of their dirty tricks, not after what happened to Larikk.

His good friend and colleague, Larikk, had mysteriously disappeared on Yanura three annums ago. Deke had reason to believe foul play was involved, but the Yanurans had effectively blocked any attempts at an investigation. At the time, they were not members of the Coalition, so he couldn’t pursue the case. But now that the Yanurans were applying for admissions status, they would come under Coalition provisional law. 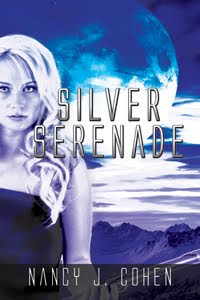 Mara’s Attitude:
The people on her planet were naturally psychic, but in most cases the full range of their ability didn’t develop until after puberty. Mara had manifested her innate talents much earlier. Although other Tyberian children were able to sense emotions at an early stage, it was rare for one so young to be able to travel the astral plane. Usually it took years of study for an adult to reach that level of consciousness.

Because she didn’t know how to discipline herself, Mara would jump into her friends’ viewpoints without warning. Her ability frightened her playmates, who were too young to understand. Under those circumstances, no one wanted to be her companion for long. Eventually it became too painful to make friends because she knew it would only lead to ridicule or rejection.

Her own experiences gave her the motivation to specialize in cultural relations. In her opinion, the key to accepting alien cultures was in understanding them.

Comdr. Sage didn’t seem to feel that way. If he approached the Yanurans with his biased attitude, he might destroy the progress she’d made with Fromoth Trun [the Yanuran leader]. Mara would have to convince him to view the Yanurans more objectively.

This conflict between them fuels their reactions toward each other:

“Do you think we’ll succeed?”[Mara] asked. Where his fingers gripped her shoulders, heat blazed a path along her sensitized nerves.

“Succeed? At what?” Deke drew her closer so their bodies touched.

Her will seemed to evaporate and she could barely speak. “Our mission to Yanura.”

“Our mission is obvious, although how we’re going to face down the Yanurans in this unwieldy ship is beyond me. We’ll find a way.” He bent his head toward her, clearly wishing to dispense with small talk and get on with his seduction.

Her anger flared. “What do you mean by ‘facing down’ the Yanurans?”

Deke’s face folded into a frown. “Our weapons array shows a minimal configuration. It concerns me because the amphibians are sure to cause trouble.”

She twisted out of his grasp. “We’re not planning a commando raid. Our visit to Yanura is a diplomatic affair.”

“That’s what the Yanurans are supposed to think, but we’re searching for a missing child. We have to be prepared for any contingencies.”

“I expect the Yanurans will be glad to cooperate with our efforts,” she said stiffly.

“Well, I don’t.” His voice rang with annoyance. “Are you so gullible that you believe those creatures? Didn’t you see the preliminary survey that was done when they first mentioned joining the Coalition? Hints of political unrest came to light, but the extent and nature weren’t known. Jallyn’s disappearance might be related to whatever problems the Yanurans are having at home.”

Mara insists on defending the Yanurans, because she’s been a victim of prejudice herself. Little does she know that Deke is right, and the Yanurans have their own problems. Two factions, the Croags and the Worts, are on the verge of civil war.

Just like in real life, all sides have to learn compromise, tolerance, and an end to personal bias in order to achieve their aims. 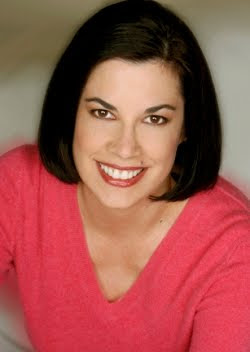 Nancy J. Cohen is a multi-published author who began her career writing futuristic romance novels. Her first title,Circle of Light, won the HOLT Medallion as a paranormal romance.

Active in the writing community and a featured speaker at libraries and conferences, Nancy is listed in Contemporary Authors, Poets & Writers, and Who's Who in U.S. Writers, Editors & Poets. Author of the popular Bad Hair Day mystery series, Nancy has returned to her roots with her new release, Silver Serenade, a futuristic romance and her fifteenth title.

To learn more about Nancy, please go to: