A Rare Sighting: The Hero’s Point-of-View in Sci-Fi Romance

In February 2010, I blogged about point-of-view in science fiction romance. In that post I quoted author Robert Appleton (THE MYSTERIOUS LADY LAW) regarding his take on POV in SFR: 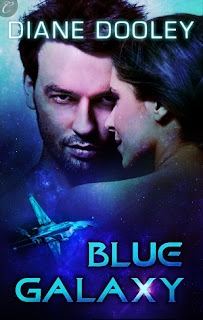 With the pending release of Diane Dooley’s BLUE GALAXY (Carina Press, May 2011), it’s time to revisit the issue again. I recently finished an eARC of this space opera novella and check this out: The story is told entirely—virtual cover to virtual cover—from the hero’s point of view. (Read the story blurb here.)
OMG what kind of sacrilegious scandal is afoot here?!! I jest, of course, but this story’s existence refutes concerns that a story told from a hero’s POV is the kiss of death. Obviously, Carina Press wanted it enough to publish it.
Thus, we have the answer to one of my questions: publishers will consider an SFR story told entirely from the hero’s point-of-view (to clarify, this discussion is focused on het romances as opposed to m/m ones where an author can’t exactly avoid telling the story from at least one of the hero’s POV :P).
So what is it about this hero that demanded the story be told from his POV? Javan Rhodes is a hard-drinking, down-on-his-luck space freighter captain. This reader definitely wasn’t averse to Javan or his POV, especially since he is so likeable. In fact, I didn’t miss the heroine’s POV at all. Why? First, the hero POV aspect of the story was a refreshing change of pace. Second, the story was really about Javan and the life altering decisions he faced as a result of accepting the mission in question. Third, the heroine, Sola, is a very mysterious character. Being in her head would mean having to reveal her secrets too soon, and where’s the fun in that? Instead, we learn about her unusual past right along with Javan.
I love the way subversive elements go down—cool and refreshing!
Reading BLUE GALAXY was another reminder about how enjoyable I find the diversity in SFR. I get excited about stories that take risks and stories that surprise me in some way. Within the genre conventions, there’s plenty of room for experimentation. Time will tell, of course, how well BLUE GALAXY succeeds. However, I don’t think the hero POV choice alone will make or break the story.
Therefore, I don’t see the point (heh) in limiting point-of-view to only the heroine or dual POV. My hope is that authors are using the POV demanded by the story rather than trying to shoe-horn in a heroine’s POV just because the majority of romance readers are women. If dual POV is so popular, why not offer more stories solely from the hero’s perspective?

What do you think? Risk or no risk? Is POV still that much of an issue, at least as far as science fiction romance is concerned?
Joyfully yours,
Heather
Posted by Heather Massey at 8:00 PM
Newer Post Older Post Home