Take My Damsel In Distress—Please 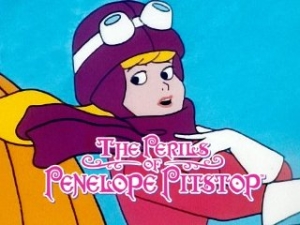 A short while ago, I finished reading James Wallace Harris’ Are Galactic Empires the New Middle Earth? over at Auxiliary Memory (Via SF Signal). Mr. Harris examines the appeal of galactic empires in science fiction, noting that

I have grave doubts that galactic empires will ever be possible – but they are a powerful meme.  What’s so appealing about galactic empires?  The deep, spiritual response to Star Trek and Star Wars suggests almost a Jungian desire for elements of the galactic empire.  Could it be that it’s not about the potential realism of future manned exploration of the galaxy, but tuning into desires for certain kinds of experiences?

The article goes on to list a few of the common elements found in galactic empires. Mr. Harris deconstructs the galactic empire fantasy in interesting ways, but one part of it left me shaking my head in disbelief:

Gender Roles.  The 1974 Mote in God’s Eye is downright paternalistic about women, whereas thirty years later, in Risen Empire, women are liberated to be combat soldiers.  However, I think in the future where mankind has spread across the galaxy, readers still prefer strong men and beautiful women, and maybe even damsels in distress.

I didn’t think I was going to respond to the article until I read that bit about “damsels in distress.”


While I concede that many readers prefer fictional futures that are populated by Beautiful People (including myself at times), I am one of those readers who does *not* prefer damsels in distress.

Too often, damsel in distress equals Too Stupid To Live. I’m female, and I can not relate to the traditional damsel in distress character. Frankly, I thought we were past that, especially in a futuristic setting. Technology is the great equalizer.

Now, if we’re talking about having variety, where heroines get to save the hero as well as vice versa (sometimes in the same story!), then that’s something I can get behind.

I’m turned on by heroic heroines like Ripley, Sarah Connor, and AVATAR’s Neytiri. Not to mention the loads of such heroines in science fiction romance.

James Cameron can’t be the only man turned on by smart, strong, capable heroines who can save the day.

I don’t object to a character in need of saving; rather it’s the old-fashioned view (fantasy?) that consistently placing a woman—and only a woman—in jeopardy so the hero can leap in and save her makes for entertaining fiction. I understand that this is a fantasy enjoyed by some readers/viewers, but we’re also in a time that’s more progressive. I was hoping our SF would be that way, too.

The other thing that concerns me is the idea that damsels in distress might continue to be a mainstay of science fiction stories that are set in the future. Are we saying that in these settings, women will have learned nothing about how to defend themselves, or lack even the most basic MacGyver-like talents to extricate themselves from a dangerous trap?

As you can see from my comment, I prefer to read stories—like those found in science fiction romance, heh—where there is frequently a give-and-take between the hero and heroine. In SFR, there is no shame associated with a heroine saving a hero. It’s just what they do.

Ultimately, the damsel in distress issue solidified for me just how differently I approach SF/SFR stories than readers who enjoy the damsel in distress scenario. I expect strong heroines, whether they are of the kick butt variety or intellectual variety. If they are in need of rescuing, it’s for the same reasons that heroes need rescuing—not because the plot is a thinly veiled ego fantasy.

Once again, thank goodness for SFR because it is my main source for heroines who empower me.