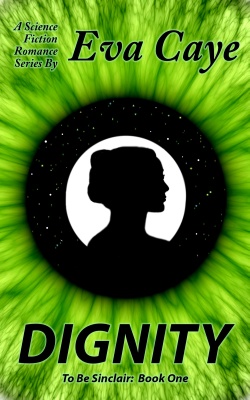 From October 21-23, 2012, Eva Caye is offering her indie sci-fi romance DIGNITY for free at Amazon!

So that you can learn more about this series, the author hooked me up with info & links.

Here’s the blurb for DIGNITY:

Why does Emperor Victor Sinclair fall madly in love with Lady Felicia Sorensen?  She is a High Royal lady scientist in a heavily patriarchal society, and the Emperor has only dated socialites who see him as an icon and a prize.  Felicia's intellect and capacity to see him as a man with more than sexual needs instantly inspires Victor to want her as his Empress, for he needs true love and support, not a lady who will be a burden upon his time and energy.

Although he entices her with all the resources at his command, from sexual stimulation and outrageously expensive gowns to promising she can 'write her own job description', Felicia cautiously learns the differences between love and manipulation.  After an interplanetary invasion and being censured by a ducal panel, all due to one of her inventions, she must choose between toughing out the extreme social and political pressures of a high elevation, and pursuing her scientific achievements. And Victor finds a way for Felicia to do them both!

This science fiction romance is the first of the seven-part To Be Sinclair series. The saga begins with DIGNITY and its companion volume MAJESTY, which describe the romance and first years of marriage of the Emperor and Empress of the Sinclair Demesnes. A few scenes describe sexually explicit behavior. 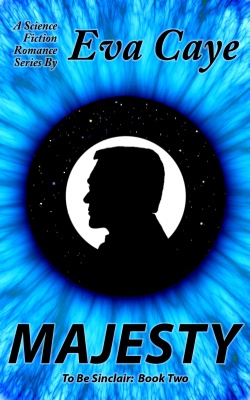 Here’s the blurb for MAJESTY (available at Amazon and Smashwords for $2.99 as of this post):

What if a person developed a science absolutely fundamental to galactic expansion, yet so dangerous she could not possibly release it to the public? Struggling between her Imperial duties and her laboratory research, Empress Felice Sinclair must now prepare to face down public opinion and deal with devious, manipulative dukes and their duchesses. But the trials of holding Imperial authority have just begun, as treasons rock the Empire and her husband Emperor Victor Sinclair needs Felice to oversee investigations in her role as Empress!

When will she be able to pursue her true goal, her phenomenal scientific discovery that could lead to redesigning the substrate of human colonization efforts galaxy-wide? She must do so in complete secrecy, for such a power has its darker side, too. Facing an imminent invasion, Felice has to think fast: how can she covertly deploy the deadliest weapon ever devised? And how does she deal with the emotional reactions and political realities now confronting her due to her stunning new technology? Only Victor can help her now!

This science fiction novel is the second of the seven-part To Be Sinclair series. The saga begins with DIGNITY and its companion volume MAJESTY, which describe the romance and first years of marriage of the Emperor and Empress of the Sinclair Demesnes. A few scenes describe sexually explicit behavior.

Click these links to read interviews with Eva Caye: