Why I Love Science Fiction Romance

Lately I've been trying to pin down why science fiction romance excites me so much. The reasons are varied, and not easily condensed to one or two reasons. Why is this issue important to me? I want to be able to concisely articulate the reason this subgenre appeals when making book recommendations and/or blogging about it. 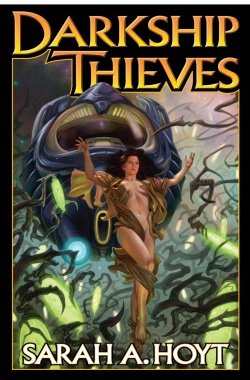 It's a challenge because as soon as I come up with one reason my mind is like "Oh wait, there's this too! And don't forget this!" Each element soon snowballs into a chorus of "Pick me! Pick me!" It's one thing to define SFR; quite another to describe its underlying appeal in a handy sound bite.

The issue really came to the forefront when Laurie A. Green of Spacefreighters Lounge sent me a link to a Goodreads discussion about science fiction romance. I knew if I left a comment it would pretty much evolve into the length of a blog post, so I decided to simply go ahead and respond with a post!

The moderator, Michelle, posed this question:


Tell us more about sci fi romance! Why should we read it? How does it differ from normal sci fi or normal romances, apart from the obvious?

I'm going to answer the questions by listing the main things I look forward to in an SFR (in random order):


* A story that relies on both the SF and romance in equal measure (in other words, remove one or the other and the story falls apart)
* An exploration of romance/love/bonding where it intersects with technology and the political
* An external plot (predominate theme being love against the odds)
* Sense of wonder/scientific wonders/alternate worlds
* Dual-heroic journey
* Diversity (the subgenre could do better in this regard, though)
* Variety of romance fantasies
* Strong action-adventure quotient
* Mature content and themes
* Progressive elements (includes sexual equality; heroines with agency; extraordinary heroines; heroes and heroines on equal pedestal)
* Cerebral experience (i.e., technology related thematic content)
* Female gaze/neutral gaze
* Alternative (non-heteronormative) romances
* Subversion; edgy romances; boundary pushing 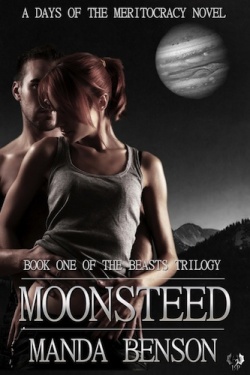 I love sci-fi romance precisely because it can be so different. I rarely feel like I've read the same story (or watched the same film) twice. Plus, the variety is pretty swell. I don't have to choose between two stories about Dukes; I can choose between one featuring a bounty hunter and another featuring a military officer. Or a scientist and an alien.

But how do I condense the above list? Does a phrase such as "alternative worlds and romances" convey enough about SFR's appeal?

What about "alien romance"? SFR has many alien characters, but isn't limited to them. Is SFR perceived as the "alien romance" subgenre already? I really don't know! Even if it is, I'm not sure if readers perceive SFR as being hero-centric (or want it to be) in the same way paranormal romance is hero-centric (given the predominance of extraordinary heroes like vampires and werewolves).

Sometimes a human hero in SFR--like Kenneth the supermarket clerk in SAFETY NOT GUARANTEED--is wildly different from an alien hero and also different from (I'm guessing) most heroes you'll find in traditional paranormal romances. While sexual awakening can be an integral part of many sci-fi romance stories, characters like Kenneth offer awakening of a different kind. This kind of character, whether male or female, will take me somewhere new and exciting, both in terms of the romance and the plot. It's exciting stuff to think about, but putting it into words is something else altogether.

How would you define the appeal of SFR? Answer here or join the Goodreads discussion!