Luckily, zombies, you can keep your heads for now, because there's a number of authors already writing what I love. May I present, in no particular order, my current favorite post-apoc romances: 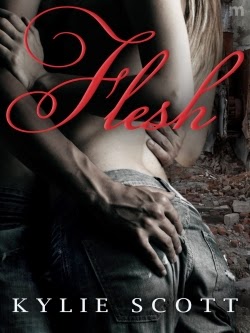 2. Kylie Scott's (@KylieScottbooks) Flesh Series: ZOMBIES ZOMBIES ZOMBIES!!! How much do I love zombies? Answer: I wrote a zombie post apoc. Second Answer: I watch Walking Dead even though gore usually makes me sick. Third Answer: I’ve already determined that when the zombie apocalypse happens, my role/job will be to loot like crazy, and yeah, CDC, I totally think it could happen and I don’t understand why you aren’t taking this threat more seriously!

Where was I…oh, yeah. Kylie Scott! These may be my favorite zombie books ever. The first book, Flesh, is fantastic, and sets up the world. It’s a ménage, and really delves into the characters and their motivations in an amazing way without shying away from the real danger and terrifying reality they all live in. The second book, Skin...guys. Guys. I don't even know if I can explain my love for Skin. It disturbed me and made me sigh happily and the heroine is so cool and I didn't know who to root for, but I wanted there to be a HEA? I can't articulate it. Just, like, read these books. Stat.

3. Alyssa Cole's (@AlyssaColeLit) Off The Grid Series: This series isn't so much post-apoc as it is apoc, but I’m including it here, because I love it so. In Radio Silence, we discover that all of the electricity in the world has stopped working, and the heroine and her best friend are struggling to make it back to the best friend's remote home. They're set on by some unsavory characters but saved by the best friend's (super hot) big brother.

(Bonus: the hero is a doctor, which, other than being Daryl from Walking Dead, is the second best profession for a post-apoc survivor to be!)

The story focuses heavily on the relationship development between the hero and heroine, since they’re all holed up in a cabin, with little contact with the outside world. The book has great character development and a sizzling romance, with a side of unnerving what’s-happening-outside-our-cabin-walls vibe.

I was lucky enough to read an early copy of the next book in the series, Signal Boost, and I think anyone who wished for more danger in the first book will be pleased with this one. The heroes (one of whom is the best friend from the first book) set off on a dangerous journey to figure out what, exactly, is going on in the world. Super sweet, emotional, satisfying romance, thrown together with high stakes save-the-world action and some pretty bad villain dudes. Awesome.

So, those are my current favorite post-apoc romances, though I’m always looking for recommendations. Be sure to tap me on twitter @AlishaRai if you come across anything awesome.

Alisha Rai has been enthralled with romance novels since she smuggled her first tattered Harlequin home from the library at the age of thirteen. A mild-mannered professional problem-solver by day, she pens sexy, emotional contemporaries and paranormals by night.

When she’s not reading or working, Alisha loves to hang out with her close-knit family. She happily lives in a chaotic house filled with clutter, laughter, good food, boisterous kids, and very loud relatives.

Alisha adores hearing from readers! Feel free to send an email or @ her on Twitter. 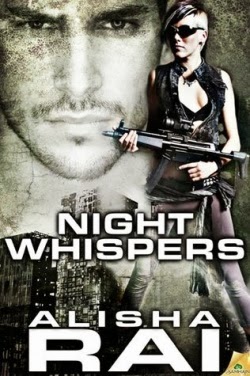 Former gang member Jules Guerrero learned two things early on: the value of loyalty and never backing down from a fight. Both of those teachings come in handy now that her job description includes protecting humans and kicking Shadow ass. But it’s hard to keep her mind strictly on her mission when all she can think about is the man whose voice keeps her sane through the depths of each dark night.
Posted by Heather Massey at 8:00 AM
Newer Post Older Post Home