I love writing Science Fiction, because it's a genre that gives a writer complete freedom to create a whole new world, and to give that world whatever rules they want. I have to admit, I get easily bored with contemporary fiction, and what makes me happy is exploring a world that an author put a lot of work and love into creating.


I also love putting everyday, human interactions into that creative space. The kind of thing that someone would consider normal and conventional. I like putting people like us in amazing places, so that the reader can read about a character and relate to them, and can see themselves in that space as well. I want a reader to say "This character is someone just like me – I could be this person, wandering out amongst the stars of this extraordinary universe." 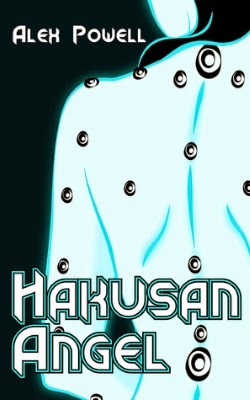 Another thing very close to my heart is exploring human existence in all its wondrous facets. I want all sorts of people to relate to my characters. That's why I write LGBTQ romance in Science Fiction.

LGBTQ people aren't often portrayed in mainstream media. That's slowly beginning to change, but there are still not that many books with LGBTQ main characters, and there are even less Science Fiction Romances with these characters. A lot of the time, even if there is an LGBTQ character, something awful happens to them and they die horribly. Either that, or the whole point of the narrative is that the character is coming out, or it's about that character's experiences as an LGBTQ person.

But you know, LGBTQ people are still people. Not every single thing about their life is about the fact that they are LGBTQ. Why can't a gay guy be the space hero for once? I would like to read a story where the character is only incidentally queer, and their orientation is treated as normal. I would like the crazy things that happen in my LGBTQ protagonist's love life to come from anything other than the fact they're queer.

So I'm going to write about gay space cowboys and lesbian mecha drivers. I'm going to tell you about trans cyber hackers and gritty bisexual star drifters. How about an ace fighter pilot? And by "ace," I do mean asexual, and not just awesome at shooting things.

I want LGBTQ people to be able to read the things I write and see themselves there, among the stars, alongside everyone else. LGBTQ people are often erased from past history. I refuse to see them erased from the future.

Love is love, so why can't my space revolutionaries share a kiss in a space station overlooking Regulus, whatever their gender and sexual orientation? 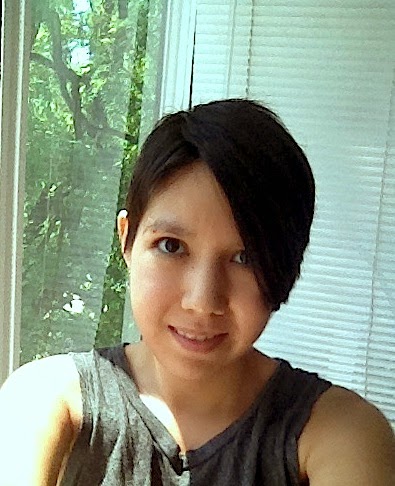 Alex Powell is an avid writer and reader of sci-fi and fantasy, but on occasion branches into other genres to keep things interesting. Alex is a genderqueer writer from the wilds of northern Canada who loves exploring other peoples and cultures. Alex is a recent graduate of UNBC with a BA in English, and as a result has an unhealthy obsession with Victorian Gothic literature. Alex has been writing from an early age, but is happy to keep learning to improve on their writing skills. Feedback and comments as well as any questions are appreciated! You can reach Alex at aa.powell.author@gmail.com 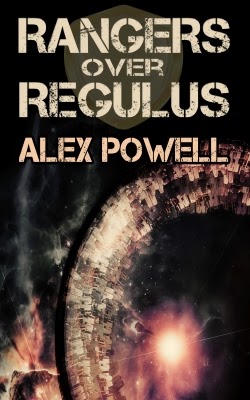 Liberty is a vampire living on a space station where those who seek to avoid the government always land, and spends his days working for the assassin who runs the place. Life is as peaceful as a colony of thugs at the edge of civilization can get. Then a Ranger shows up...
Posted by Heather Massey at 8:00 AM
Newer Post Older Post Home