SFR Shindig: Why I Sci-Fi… By Lyn Brittan

I am always asked why I write Sci-Fi. Always. People outside the genre worry about the future. Some fret about a cold, disinterested world where people are numbers and homes are heartless, metal shells.

The future rocks. Legit. I promise. Because every thought is within the realm of possibility. Every hope has as much chance as any other else of coming true. I want a world free of the divisions that chain us today and I know that it can happen. When I write a book in the Outer Settlement Agency Series, it’s a wish sent out into the universe that one day we’ll get it. 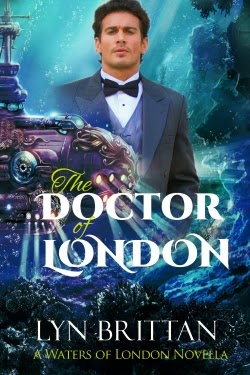 Love comes to us all, in its time. And when it hits, it certainly doesn’t care about who you are and what you look like.  True love, the heart twisting kind that hurts in its truth, comes just as strong to the young as it does to the old. It has the power to transform both the innocent and the damaged.  My hope is that one day, we’ll want that love for everyone and that’s why I write what do.

So, no, we won’t be numbers in the future. No matter how dark things might be (because, heck yea, I love a good dystopian), there’s always that flicker of love and where there’s love, there’s light. There’s happiness and there’s hope. I toast the future. I envy it and the only real thing that gets my panties in a twist, is that I won’t be around to see it.

Before I depart, my 5 OMG! books this month are:

Lyn grew up in New Orleans and decided to live like her heroes, James Bond and Indiana Jones. She wasn't totally successful and never had to shoot her way out of a hotel bedroom. She's still coming to terms with it. Awards and woot-woots include: Amazon Sci-Fi Romance Best Seller, ARe Best Selling Author, 2013 and 2014 SFR Galaxy Award Winner.

THE CLOCKS OF LONDON 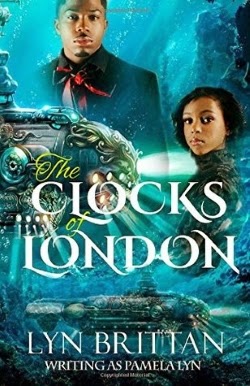 Moira Gear is tired of being ignored. After years of begging to join her brother's investigative firm, she's off to seek her fortunes in the great tunnels of Water London. She's needed here, even if no one else thinks so. Street children are disappearing every day, but only she appears to notice. That leaves just one option - save them and, in the process, establish herself as private investigator.

Patrick Clock is THE investigator of the well heeled in Water London and all surrounding hubs. Taking only the best cases, he's earned quite the laudable reputation among both the municipal force and the common citizens. He wants nothing other than to focus on his work, but while out on a call, he spies a woman with a remarkable eye and a talent for trouble. What choice does he have but to follow her? Their plans didn't exactly involve each other, yet Patrick and Moira find themselves tangled in a web of danger and lies. As their temporary partnership tumbles dangerously close to love, they must each find the courage to save the waters of London and each other.
Posted by Heather Massey at 8:00 AM
Newer Post Older Post Home